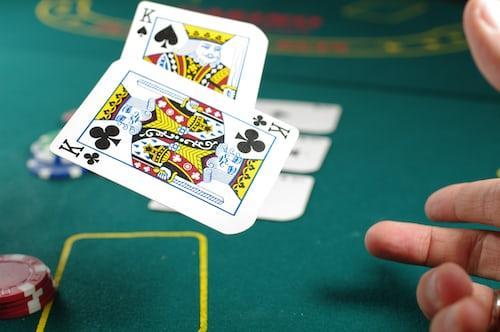 Chris Moneymaker’s story of winning the 2003 World Series of Poker has resonated with and inspired thousands of players who play online poker real money since it happened in 2003. His victory proved to everyone that anyone could win if they set their mind to it, no matter who or what may be stacked against them.

Who is Chris Moneymaker?

Christopher Bryan Moneymaker was born on November 21, 1975, in Atlanta, Georgia but spent his childhood years growing up in Knoxville, Tennessee. Chris was the middle child, with an older brother and younger sister. His father worked for a travel agency which often resulted in free family vacations, and his mother’s family owned a liquor store. Chris frequently helped at the liquor store growing up, but when he had some leisure time, he enjoyed playing games like pool, blackjack, bridge, and craps.

As a kid, he and his brother managed to sneak into the casino on one of their family’s cruises. They quickly found a slot machine, put in a coin, and pulled the lever before security could stop them. Chris may have gotten into trouble when he was younger, but he worked hard and graduated at the top of his class.

He attended college on a scholarship and earned bachelor’s and master’s degrees in accounting. Chris’ friend owned a group of restaurants, so Chris got a job as an accountant for them. Then he married his long-time girlfriend Kelly and had their first child, Ashley.

Is he named Moneymaker?

If you heard about a guy called Moneymaker who made his millions through poker tournaments, you’d probably assume it was a nickname. But Chris Moneymaker is his real name. His relatives in Germany were coin-makers, “Nurmacher” by the last name. They decided to change their surname to sound more American once they moved to the United States and chose “Moneymaker.”

Chris Moneymaker was accustomed to people not believing his last name was confirmed. At the WSOP event in 2003, one of the managers saw his unusual last name on the list and thought it couldn’t be right–maybe it was a nickname?

As Chris noticed the manager coming towards him, he prepared to pull out his wallet and show them his ID.

What is The Moneymaker Effect?

Chris Moneymaker’s life certainly changed when he won the World Series of Poker, but that was nothing compared to how much it impacted the poker industry. Media outlets worldwide picked up his story, and he even appeared on The Tonight Show with Jay Leno. His journey–a novice player, taking down professionals against all odds–was one people could root for.

After Chris Moneymaker’s victory, thousands of small-stakes gamblers began to dream of entering the WSOP and other poker tournaments. They believed that if it could happen to him, it could happen to anyone. The online poker industry boomed between 2003 and 2006, due in part to Moneymaker’s story but also because televised poker with hole card cameras was becoming more popular, and numerous poker sites were now more available.

After Moneymaker’s historic win at the WSOP, poker exploded in popularity. Thousands of people worldwide hoped to emulate his success by transitioning from playing poker with friends to trying their hand at professional poker.

Other well-known Poker World Series Champions, such as Chris Ferguson, saw an opportunity to capitalize on Moneymakers’ attention. In 2004, they created Full Tilt, one of the most popular online sites for playing poker which is still available today.

The Moneymaker Effect was a series of positive events coinciding.

The love for poker then exploded, leading to more people joining online games. And as the player pool grew, so too did the prizes that operators offered. It attracted even more players and began a ripple effect that changed the poker world.

With the introduction of people who play poker online, professional players had to re-evaluate their strategies to compete with a new generation of opponents. Pros would review their basics and re-evaluate their strategies that would turn a dead mans hand into a winning combination. The most popular casino game in the world, Texas Hold ’em, is responsible for this shift in how poker is played.

Chris Moneymaker made a name for himself in more ways than one. The 27-year-old account became the poster child for amateur poker players and inspired an entire generation of new poker players.

The Moneymaker Effect continues to be felt in the poker world after all these years. Want to get into the bandwagon of the effect firsthand? You can sign up for GGPoker, the world’s largest poker room! 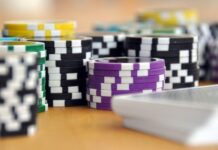 Why should you try visiting an online casino? 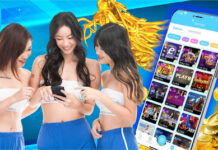 Can Winbox online casino be trusted?